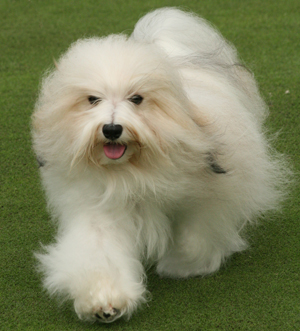 To qualify for an HCA award, the recipient must have been an HCA member at the time each of the requirements for the award was completed. Eligibility for earning an award begins on the date that a person becomes an HCA member. Achievements prior to membership date are not included when calculating HCA award eligibility.

To be eligible for the junior Handler Award, the recipient must be either a Junior Member of HCA, a member of the immediate family of an HCA member, or must co-own a Havanese with an HCA member.

The source of information for all awards is the American Kennel Club Awards Magazine.

The following awards are presented annually based on the show year January through December:


If two or more dogs have tie scores for the above awards, they will not be given that year.

The following awards are presented annually. Since these are cumulative awards, and not based on competition, they are calculated as close to the date of the annual dinner as is possible to still allow time to have awards made up:

Susan A. Nelson Versatility Award is given to dogs that have completed a Conformation championship and a title in three of the following events: Agility, Obedience, Rally or Tracking.

Performance Versatility Award is given to dogs that have completed titles in any 3 AKC events: Obedience, Rally, Agility or Tracking.

100 of Anything Award
Purpose:  to celebrate the fun achievements that are not ordinarily awarded, such as:
100 Best of Breeds
Producer of 100 champions
100 High In Trials
100 of anything Havanese!
Applicant must apply to the Awards Committee for this award and provide proof of their accomplishments, and be a member in good standing of the HCA.

A  Certificate of  Recognition  will be provided.

In the event that an award is made to co-owners, the award will be presented to each co-owner who claims the award. The co-owner claiming an award must be an HCA member in good standing.